I feel like someone is looking over my shoulder. Not in the “NSA is reading my emails” kind of way. Rather, when I look to my left, I see three handsome smiling faces- pictures of people I have never met.

It’s a realistic fear in a city and in a culture where most crime stories last for one news cycle before they are replaced by newer ones. Certainly, some stories capture the attention of the public or the media, but those are the exception. Sometimes it is because the victim was especially young. Sometimes it’s because the victim doesn’t fit this city’s stereotype of what a homicide victim looks like. Sometimes it is because the crime happened in a part of the city that most people consider “safe.” The media reminds us of these cases, but not of the rest.

For the majority of the cases, by the time the funeral is held, there are no cameras or reporters there. There is just a family that has been left behind. There are young friends who have to wrestle with the reality of their own mortality much too early. There are ministers, police officers, and advocates who have dedicated themselves to helping to pick up the pieces and to help those families to find justice, renewed meaning, and happiness, but there is no media. They have moved on to the latest story.

Out of the 120 homicides in St. Louis City last year, could you name 5 victims? How about 2? If you were not related to the victim or you don’t work in victim services, that’s probably a difficult task. It seems like the fear of families that their loved ones who were taken too soon will be forgotten is a realistic concern.

That is what brings me back to the three gentlemen over my shoulder. These three boys were killed to early, all before their 21st birthday. They are three victims whose families have chosen to add their portraits to an exhibit called the Faces Project which was started by local artist Christine Ilewski. The Faces Project gives families a way to ensure that the memory of their loved one goes on. The faces and the stories will be preserved in this traveling exhibit, and they will be seen and read far beyond where the family alone could take them. They will testify to the toll that gun crime takes on young victims. 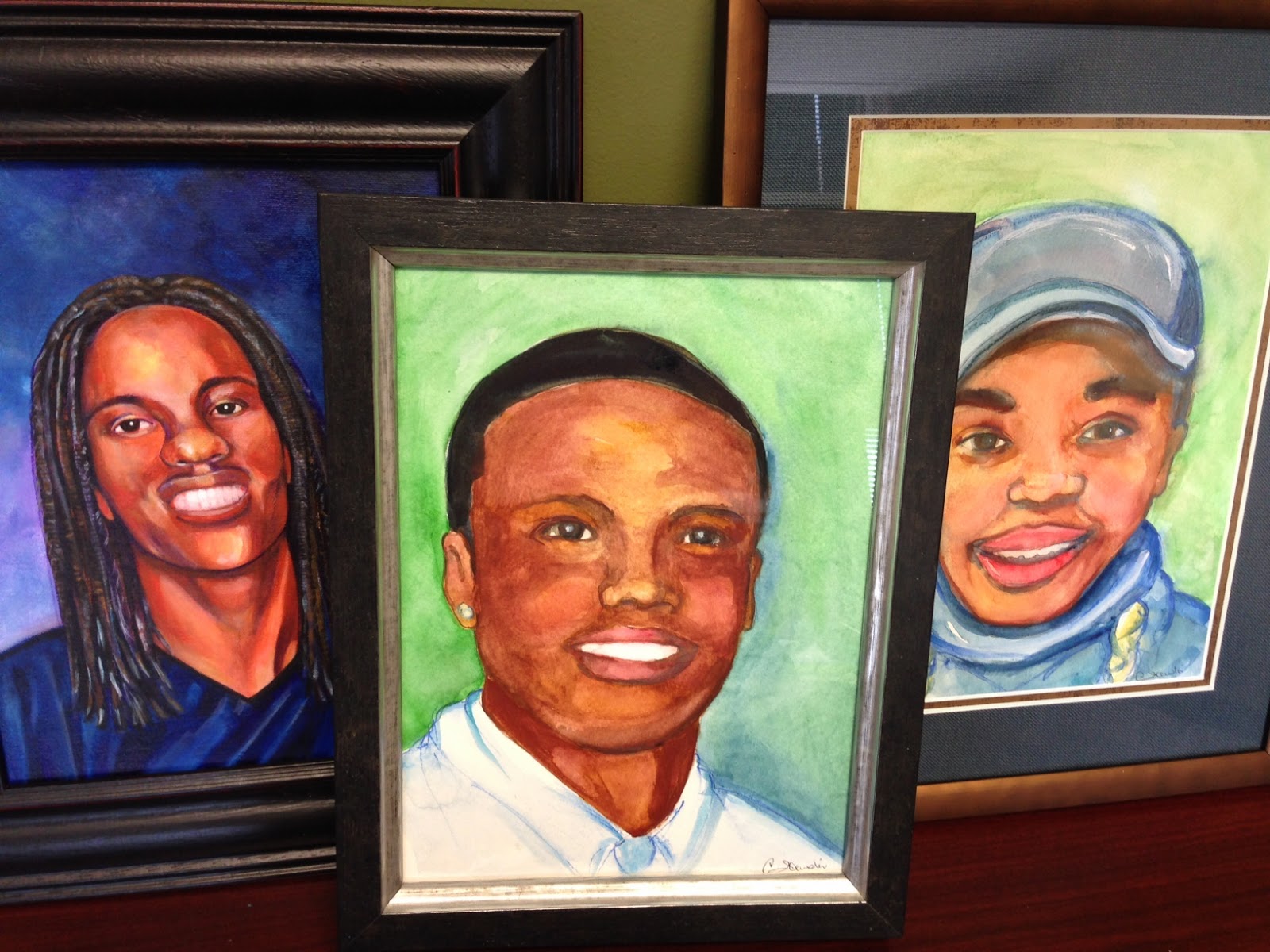 I invite you to come and to see the faces at this month’s showing of the Faces Project.